#1
The Thunderbolt is a heavy fighter used by the Imperial Navy in the game Warhammer 40k. 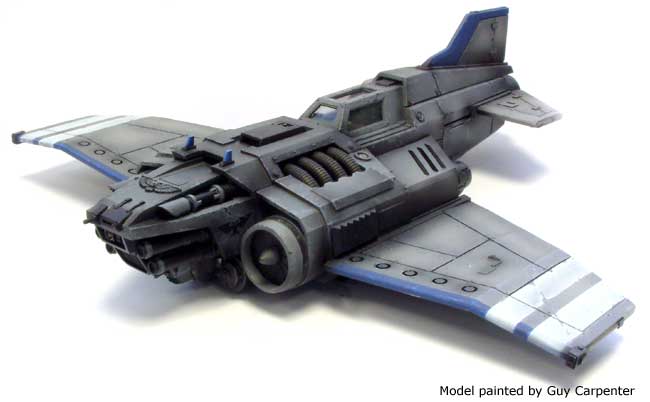 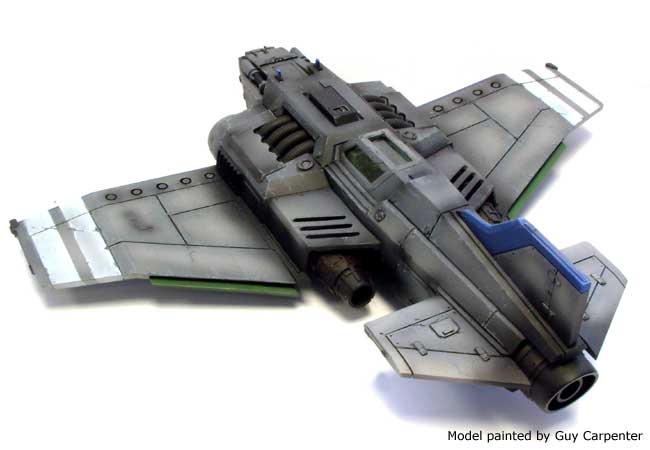 Here are the planned specifications and electronics:
Looks like a lot of thrust!

#2
That looks like they designed a fairly reasonable canard and put everything on backwards! Good luck, should be awesome!

I have to say this is the very first EDF plane I've been seriously tempted to build... looking forward to your plans

#4
After the Hornet is ready to take off and the weather does not allow the flight, I started with the Thunderbolt. The first parts are planned and fit together perfectly. There is so much space in the fuselage! I will reinforce the wing with a carbon fiber tube. I'll start with a straight wing and put the two EDF units on the wing. 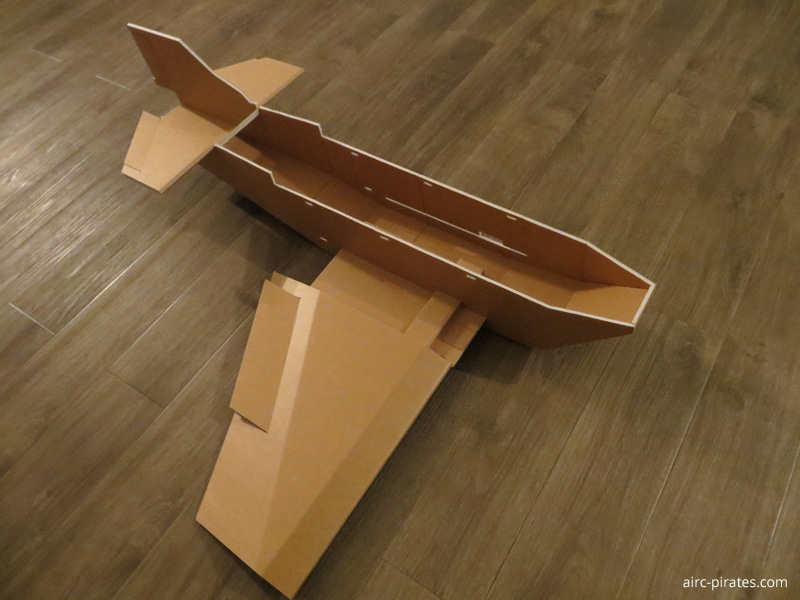 Mentor
#5
Looking good! As an idea, a fiberglass arrow shaft might be a cheaper and easier to get alternative to a carbon tube.

#6
Very cool!
I used to play 40K from WAY back (got started with Epic!) Did a 6 year stint as one of their outriders in the 90s...
Next you'll have to do an Eldar flyer! I prefer Tau, but the Eldar are just cooler I think.

Years ago, I took a bunch (not all) of my shirts to my Grandma to make a quilt... (Most awesome quilt EVER!!)

Mentor
#7
How's progress on this?

#8
rockyboy said:
How's progress on this?
Click to expand...
I second this! We need pictures!

#9
Current status: The next parts are already planned and have to be cut now. 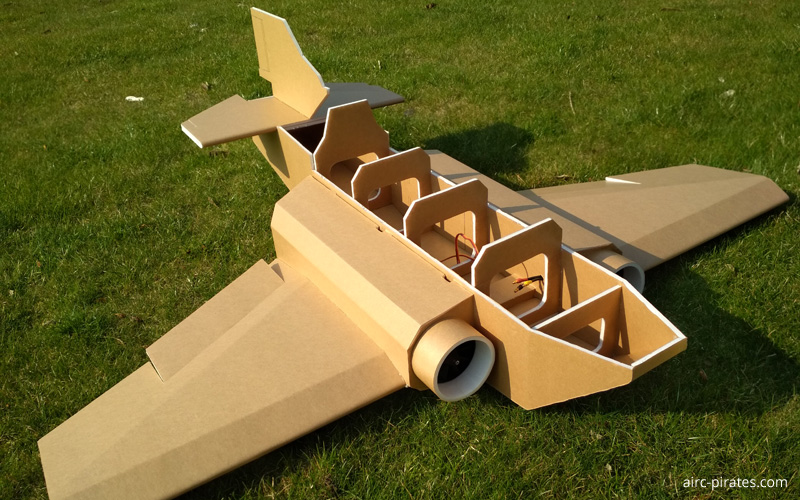 I glued the wings in the fuselage and the EDFs on the wing.

The EDFs are sitting in front of the wing spar. 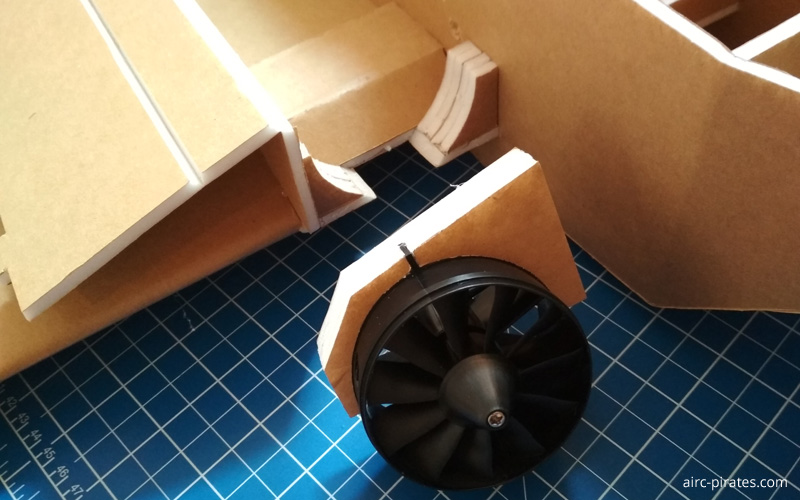 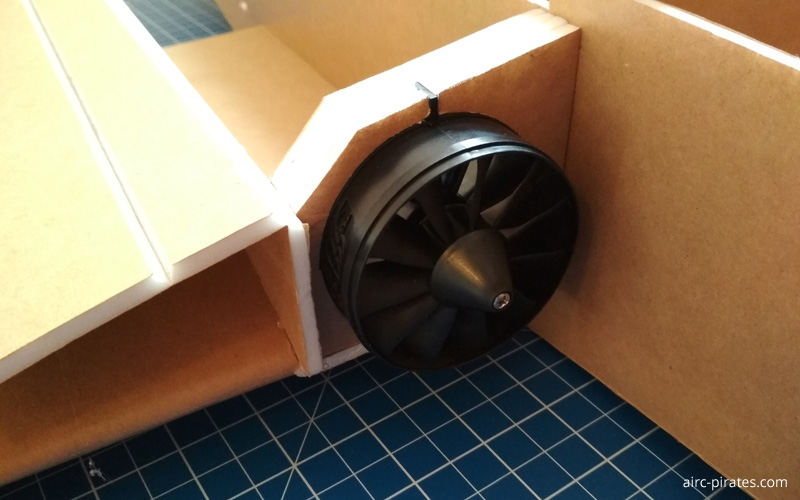 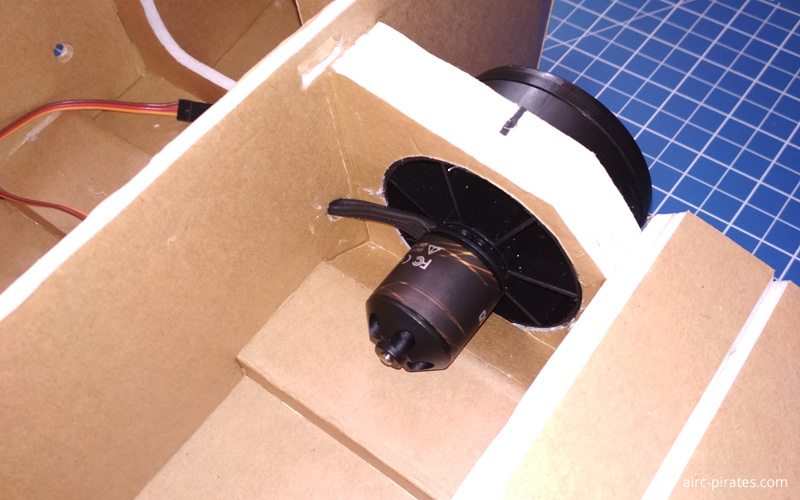 This is not optimal for the airflow - i know, but it looks nicer than if I had glued them behind the wing spar.
I'm still thinking about optimizing the air duct. Maybe I'll leave it as it is now and test the thrust. Let's see.

#12
kilroy07 said:
That's looking crazyawesome!
Click to expand...
As a huge 40k fan, I approve of this message.

Although the Craftworld Eldar make much better fliers, this is not bad for a mon-keigh.

#13
This is pretty awesome.

#14
This looks much larger than I was expecting. Very nice.

#15
I'm curious to see how much detail is going to be in the final version. Your inspiration photo lend very much to foam board detailing.
Great job so far.

#16
Any update on this @AircPirateNinsei ?

#17
@BugbugsDaddy: Thank you for your interest in the Thunderbolt. Unfortunately it is not finished yet. Currently I am building the Argus. As soon as I have finished the Argus, I will continue with the Thunderbolt.

#18
AircPirateNinsei said:
@BugbugsDaddy: Thank you for your interest in the Thunderbolt. Unfortunately it is not finished yet. Currently I am building the Argus. As soon as I have finished the Argus, I will continue with the Thunderbolt.
Click to expand...
I'm thinking about trying my hand at doing a lightning.....once I have a bit more experience.....lol
You must log in or register to reply here.
Share: Facebook Twitter Google+ Reddit Pinterest Tumblr WhatsApp Email Link
Menu
Log in
Register